Around a decade ago my son was, as is rather the fashion with teenagers, in a band. With some friends of his, he arranged a “gig” (as I believe they are called) at a local venue. There were five bands involved and the paying public arrived in droves, ensuring a good time was had by all. All of this was arranged through Facebook. All of the organisation and all of the coordination was efficient and effective so that the youngsters were able to self-organise in an impressive way. Everything worked perfectly. Except the payments. 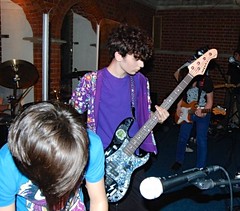 When it came to reckoning up the gig wonga (as my old friend Paul Pike of Intelligent Venues would call it), we we had a couple of weeks worth of “can you send PayPal to Simon’s dad” and “he gave me a cheque what I do with it?” and “Andy paid me in cash but I need to send it to Steve“ and so on. Some of them had bank accounts, some of them didn’t. Some of them had bank accounts that you could use online and others didn’t. Some of them had mobile payments of one form or another and others didn’t. I can remember that at one point my son turned to me and asked “why can’t just send them the money on Facebook?”.

As I wrote at the time, I didn’t have a good answer to this because I thought that sending the money through Facebook would be an extremely good idea and I can remember discussing with some clients at the time what sort of services they might be able to offer to Facebook or other social networks that were empowered through an Electronic Money Issuing (ELMI) license and Payments Institution (PI) licence. The rudimentary business modelling was quite positive, and so I naturally assumed that there would be some sort of Facebook money fairly soon, especially because I am something of a proponent of community monies of one form or another.

I also wrote at the time that Facebook money, or Zuckbucks ($ZUC), could easily become the biggest virtual currency in the world given that there are so many people with Facebook accounts and the ability to send value instantly from one account to another via Facebook would be so attractive. You’ll remember that Facebook launched “Facebook Credits” so time ago but they weren’t really a currency, just a way of prepaying for virtual goods with the service. A virtual currency is something more, it’s true electronic money that you can send from one person to another. Well, it looks as if this is coming, as I read in the crypto press that Facebook “is talking to exchanges about potentially listing a cryptocurrency” [CoinDesk]. It looks as $ZUC might be just around the corner, and people are getting excited.

As I understand things, Mr. Zuckerberg has already decided integrate the social network’s three different messaging services — WhatsApp, Instagram and Facebook Messenger — on a single unified messaging platform and, according to the New York Times, have that platform implement end-to-end encryption. This would naturally be an ideal platform for a universal currency so it’s no surprise to hear that the company is now looking at just such an enterprise. Even if Facebook couldn’t read the details of a transaction, it would know that I just paid a car insurance company and might find some use for the data in the future.

My suspicions that a Facebook money might me rather successful were further strengthened while listening to one of my favourite podcasts, Pivot with Kara Swisher and Scott Galloway, on a plane last week. Scott said that his biggest friction in the physical world is charging (I couldn’t agree more – battery life is the bane of my road warrior existence) and that his biggest friction in the virtual world is payment. He cited the example of trying to buy wifi on a flight and having to mess around typing in card numbers like it was 1995 and pointed out just how much Facebook could gain by adding payments to their platform. Scott is surely right, and since the people at Facebook are smart, they must be looking at the potential to develop a new revenue stream that is separate from advertising with some enthusiasm.

Barclays equity research note on the subject (Ross Sandler and Ramsey El-Assal, 11th March 2019) reckon that a successful micro-payment service could add some $19 billion to Facebook’s revenues, so clearly I’m not the only one who is a little surprised that they haven’t already leveraged the technologies of strong authentication to get something off the ground already. It also notes that one of the problems with the original Facebook Credits business was the cost of interchange, a problem that has a very different shape now with interchange caps in place in various parts of the world and open banking giving the potential for direct access to consumer bank accounts (so that exchanges between fiat bank accounts and $ZUC would be free).

Facebook Marketplace has just added card payments [91Mobiles], as shown in the screenshot below, so that marketplace users can pay for goods directly without having to come out of Facebook. I think this is, frankly, a window into a one possible future for financial services! 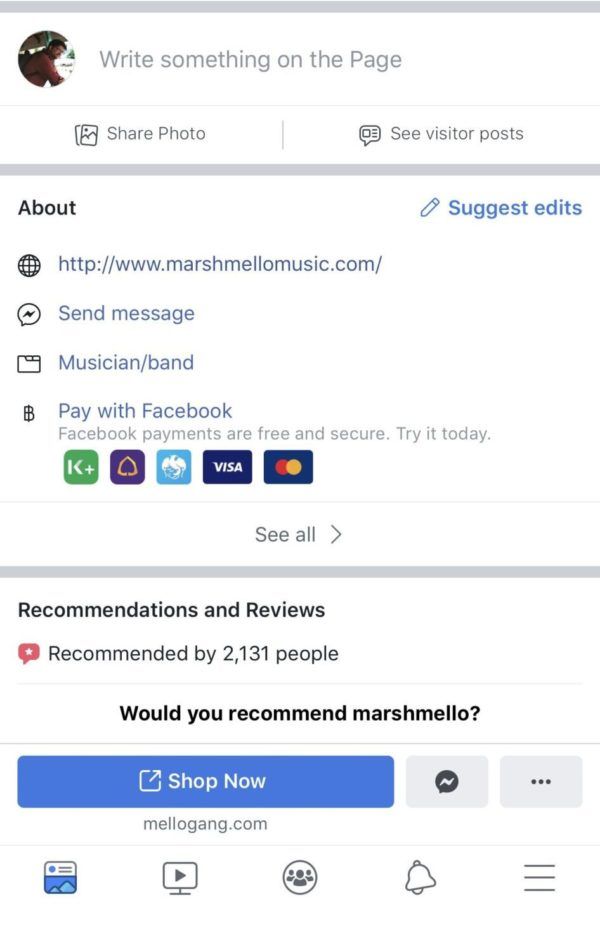 These are boring old Visa and Mastercard payments, but presumably $ZUC can’t be far behind. Unfortunately, since there are no details that I can find on what exactly “Facebook Coin” is going to be, I can’t really offer any informed comment on the chosen implementation. If, however, it is something along the lines of JPM Coin then it will be a form of electronic money and governed by the appropriate rules and regulations (which is good, and since they have very smart people at Facebook I’m sure they’ve already spotted the advantages of providing a trusted, regulated global payment service). You can kind of see the idea: your Facebook account sprouts an automatic, opt-out, wallet. You can buy coins for this wallet using a debit card and then send them to anyone else with a wallet (why this needs the blockchain is not entirely clear, by the way, but that’s another discussion).

Wallets that have been KYC’d (put to one side what exactly this might entail) could store up to say $ZUC 10,000, wallets without KYC would be limited to say $ZUC 150. I think this might be a great opportunity for banks to use their federated and standardised digital identity infrastructure* to provide an attractive service to Facebook that might relieve them of onerous regulatory burdens. All Facebook has to do is get me log in to my bank and have them return some cryptographic token (with no personal information in it) to Facebook to indicate that the bank has done KYC and knows who I am. A bit of a win win.

This, at a stroke, would provide teenagers with a means to settle gig wonga, provide online retailers with instant payment across borders and provide brands a mean to reward consumer behaviour. If Facebook make it free to buy ZUC$ and guarantee to redeem at par for consumers, they could be on to a real winner. In Europe, if the Facebook wallet is combined with PSD2 to deliver instant load and instant payout, it delivers a serious play that will give people are reason to use the Facebook platform to organise their gigs, lay out their online wares and promote their brands instead of messing around with Snapchat or Youtube or email or blogs or whatever else they are using now.

* Note: does not exist. Images not from actual gameplay.