Now, you may think that all this talk about digital currencies is just unhinged techno-determinism when it comes from me, and you can safely ignore it, but when it comes from Christine Lagarde, the head of the International Monetary Fund (IMF) and pillar of the Washington Consensus, you have to take it seriously. In a talk given to the Bank of England conference on “Central Banking and Fintech” (29th September 2017), she said that virtual currencies [by which she means digital currencies in my taxonomy] could actually become more stable than fiat currencies. She says “for instance, they could be issued one-for-one for dollars, or a stable basket of currencies”. This idea of creating a what is strictly speaking a digital currency board is not new and I was interested to see Ms. Lagarde’s mention of a basket of currencies as a viable option. In my recent book “Before Babylon, Beyond Bitcoin” I discuss this as one of the potential futures for money, with reference to the vision of a former Chancellor of the Exchequer. Many years ago, John Major proposed just such an extremely sensible alternative to the euro, which at the time was labelled the “hard ECU”.

The idea of the hard ECU was to have a pan-European digital currency (it would never exist in physical form) but still be accepted in all member states. I am not alone in thinking that this was a missed opportunity. Keith Hart, author of the brilliant “The Memory Bank“, a book about money from an anthropological perspective, wrote that it was a big mistake to replace national currencies with the euro. He further pointed out that the hard ECU would have meant politically-managed fiat currencies alongside a low-inflation alternative, a plural option enjoyed by countries that didn’t join the euro, like Britain and Switzerland. I couldn’t agree with Keith more.

The hard ECU, or as I used to like calling it, the e-ecu was always a better idea than the Euro but when John Major proposed it, he was ignored. He envisaged a cross-border currency for businesses and tourists to use. Thus, businesses could keep accounts in hard ECUs and trade them cross-border with minimal transaction costs and no foreign exchange risk and tourists could have hard ECU payment cards that they could use across the continent. But each state would continue with its own national currency — you would still be able to use Sterling notes and coins and Sterling-denominated cards — and the cost of replacing them would have been saved. 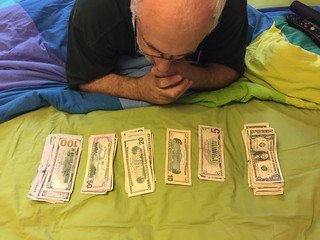 When researching the hard ECU concept for my book, I discovered that the proposal goes back well before Ms. Lagarde and Mr. Major and back into the early days of Margaret Thatcher’s government, in a 1983 report of the European Parliament on the European Monetary System. The proposal was at that time supported across the political and national groups in the parliament, including by the Germans so long as the central bank only concerned itself with stability of the currency (as subsequently transpired). It was taken up by Mrs. Thatcher’s government as a practical single currency for Europe, a means to expand the UK’s financial services industry across a European single market. But it never made it and the later political drive for the euro sidelined it.

The point is, though, that it was a feasible option and that a digital currency that is backed by a reserve (whether of dollars or some basket of currencies or, indeed, commodities) is a sensible idea. In fact, it’s already being tried in a couple of places. In Kenya, where M-PESA is a private currency backed 1-1 by Kenyan shillings. And in Ecuador, where the government has been trying to launch a Central Bank digital currency. Any Ecuadorian over the age of 18 can open an account for free and transfer money to other people for free.

An interesting aspect of this otherwise fairly straightforward value transfer system is that is denominated in US Dollars. The US Dollar has been legal tender in Ecuador since 2000, when the post-gold standard “Sucre” was abandoned although, apparently, the “centavo” coins are still in use. This is a practical solution to the big problem of small change under “dollarisation” and most countries that use the dollar still mint local coins: thus, Ecuador uses the dollar as legal tender but mints centavo coins. The government guarantees that anyone who wants to exchange 100 Ecuadorean centavos for a genuine United States dollar can do so. As the economist John Kay noted when he reflected on the coins in his pocket in Ecuador, is in itself an interesting comment on the subject of money. He also pointed out that there is a 50 cent coin minted for the government of Ecuador while the US does not issue 50 cent coins. So “while everyone in the Galápagos or the national capital Quito would accept my 50 cent coin, no one in Washington would”. He went on to note the curiosity that “genuine dollar coins, minted for the US Treasury, have not proved popular in the US but are widely circulated in Ecuador”. It is important to understand that the US Federal Reserve banknotes that are in circulation in Ecuador, stuffed under mattresses in Ecuador and fuelling the less-formal sections of the Ecuadorian economy are in essence an interest-free loan to Uncle Sam. By replacing these with digital currency, the Ecuadorian central bank can reclaim the seigniorage for itself.

All well and good and the ability to transact electronically will also be of the great benefit to the citizens and should cut transaction costs across the economy. If the central bank were to ask the advice of people with knowledge of the creation of a national non-bank mobile payment system (e.g., my colleagues at Consult Hyperion) I am sure that they would be advised to make the system a platform for innovation to encourage entrepreneurs to build local solutions on top of it. The lack of APIs in the initial roll-out of M-PESA was, in hindsight, a mistake and Ecuador could clearly learn from this to capture even more benefits from its transition to digital currency. 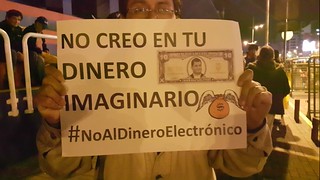 The Ecuadorian Digital Dollar has, I have to say, not been universally well-received. A suggestion for governments thinking of introducing such a system in the future is that it  would benefit greatly from transparent auditing as citizens will not hold the electronic currency unless they are sure that it will remain redeemable at par for US dollars (or other basket of currencies or commodities) themselves. Any suspicion of fractional reserve is disastrous. If the government were to fall prey to the temptation to put more of the digital dollars in circulation than they have (or have the equivalent of) in reserve then, as the Wall Street Journal observed at the time of launch, they will simply be creating doomed electronic assignats that will never obtain traction in the wider economy and Ecuador will be unable to reap the many benefits of its transition away from cash. Christine makes this point herself, saying that the issuing of such a digital currency could be “fully transparent, governed by a credible, pre-defined rule, an algorithm that can be monitored…or even a ‘smart rule’ that might reflect changing macroeconomic circumstances”. I agree strongly: the use of shared ledgers and other such technology may be of maximum benefit in delivering the robustness and availability that a national cash replacement system and the radical transparency that it is required to give people faith in the system.

P.S. In case you see any tweets, newspaper comment or learned articles that refer to the Ecuadorean digital experiment in monetary futures as a “cryptocurrency” please bear in mind that it isn’t.

2 thoughts on “Don’t listen to me, listen to Christine Lagarde”